Like a DNA string: Sequence-based Player Profiling in Tom Clancy’s The Division 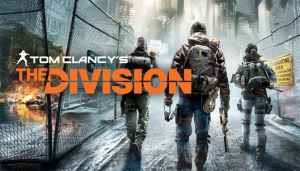 In this paper we present an approach for using sequence analysis to model player behavior. This approach is designed to work in game development contexts, integrating production teams and delivering profiles that inform game design. We demonstrate the method via a case study of the game Tom Clancy’s The Division (published by Ubisoft and developed by Ubisoft Massive Entertainment), which with its 20 million players represents a major current commercial title. The approach presented provides a mixed-methods framework, combining qualitative knowledge elicitation and workshops with large scale telemetry analysis, using sequence mining and clustering to develop detailed player profiles showing the core gameplay loops of The Division’s players. 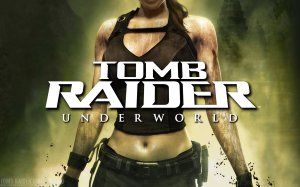 Controlling the Crucible: A PvP Recommender Systems Framework for Destiny 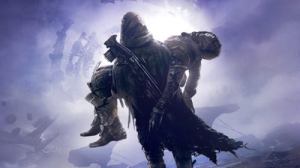 Compared to conventional retail games, today’s Massively Multiplayer Online Games have become progressively more complex. Consumable resources in such games are nearly unlimited, making decisions to improve levels of engagement more challenging.Intelligent information filtering methods here can help players make smarter decisions, thereby improving performance, increasing engagement, and reducing the likelihood of early departure. In this paper, a novel approach towards building a hybrid content- and knowledge-based recommender system for player-versus-player (PvP) content in the Destiny is presented. The frame-work groups the players based on three distinct traced behavioral aspects: base stats, cooldown stats, and weapon playstyle. Different combinations of these pro-files are considered to make playstyle recommendations and online evaluations through the social community website Reddit are made to evaluate the performance of the framework.

Guns, Swords and Data: Clustering of Player Behavior in Computer Games in the Wild 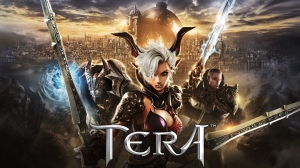 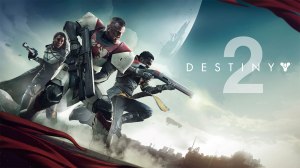 Modern Massively Multi-player Online Games (MMOGs) have grown to become extremely complex in terms of the usable resources in the games, resulting in an increase in the amount of data collected by tracking the in-game activities of players. This has opened the door for researchers to come up with novel methods to utilize this data to improve and personalize the user experience. In this paper, a novel but flexible framework towards building a team based recommender system for player-versus-player (PvP) content in such MMOGs is presented, and applied to a case study in the context of the major commercial title Destiny 2. The framework combines behavioral profiling via cluster analysis with recommendation systems to look at teams of players as a unit, as well as the individual players, to make recommendations to the players, with the purpose of providing information to them towards improving their performance. 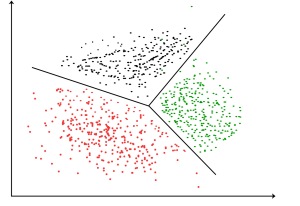 Recent years have seen a deluge of behavioral data from players hitting the game industry. Reasons for this data surge are many and include the introduction of new business models, technical innovations, the popularity of online games, and the increasing persistence of games. Irrespective of the causes, the proliferation of behavioral data poses the problem of how to derive insights therefrom. Behavioral data sets can be large, time-dependent and high-dimensional. Clustering offers a way to explore such data and to discover patterns that can reduce the overall complexity of the data. Clustering and other techniques for player profiling and play style analysis have therefore become popular in the nascent field of game analytics. However, the proper use of clustering techniques requires expertise and an understanding of games is essential to evaluate results. With this paper, we address game data scientists and present a review and tutorial focusing on the application of clustering techniques to mine behavioral game data. Several algorithms are reviewed and examples of their application shown. Key topics such as feature normalization are discussed and open problems in the context of game analytics are pointed out.

The Trails of Just Cause 2: Spatio-Temporal Player Profiling in Open-World Games 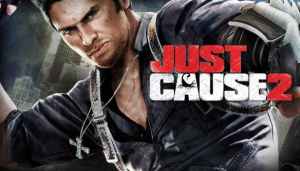 Behavioral profiling of players in digital games is a key challenge in game analytics, representing a particular challenge in Open-World Games. These games are characterized by large virtual worlds and few restrictions on player affordances. In these games, incorporating the spatial and temporal dimensions of player behavior is necessary when profiling behavior, as these dimensions are important to the playing experience. We present analyses that apply cluster analysis and the DEDICOM decompositional model to profile the behavior of more than 5,000 players of the major commercial title Just Cause 2 integrating both spatio-temporal trails and behavioral metrics. The application of DEDICOM to profile the spatio-temporal behavior of players is demonstrated for the purpose of analysing the entire play history of Just Cause 2 players, but also for the more detailed analysis of a single mission. This showcases the applicability of spatio-temporal profiling to condense player behavior across large sample sizes, across different scales of investigation. The method presented here provides a means to build profiles of player activity in game environments with high degrees of freedom across different scales of analysis – from a small segment to the entire game. 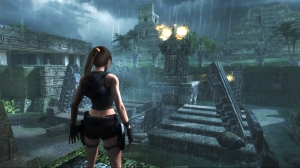 Behavioral datasets from major commercial game titles of the “AAA” grade generally feature high dimensionality and large sample sizes, from tens of thousands to millions, covering time scales stretching into several years of real-time, and evolving user populations. This makes dimensionality-reduction methods such as clustering and classification useful for discovering and defining patterns in player behavior. The goal from the perspective of game development is the formation of behavioral profiles that provide actionable insights into how a game is being played, and enables the detection of e.g. problems hindering player progression. Due to its unsupervised nature, clustering is notably useful in cases where no prior-defined classes exist. Previous research in this area has successfully applied clustering algorithms to behavioral datasets from different games. In this paper, the focus is on examining the behavior of 62,000 players from the major commercial game Tomb Raider: Underworld, as it unfolds from the beginning of the game and throughout the seven main levels of the game. Where previous research has focused on aggregated behavioral datasets spanning an entire game, or conversely a limited slice or snapshot viewed in isolation, this is to the best knowledge of the authors the first study to examine the application of clustering methods to player behavior as it evolves throughout an entire game. 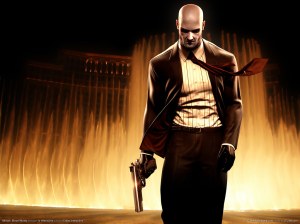 In recent years certain trends from User-Centered design have been seeping into the practice of designing computer games. The balance of power between game designers and players is being renegotiated in order to find a more active role for players and provide them with control in shaping the experiences that games are meant to evoke. A growing player agency can turn both into an increased sense of player immersion and potentially improve the chances of critical acclaim. This paper presents a possible solution to the challenge of involving the user in the design of interactive entertainment by adopting and adapting the “persona” framework introduced by Alan Cooper in the field of Human Computer Interaction. The original method is improved by complementing the traditional ethnographic descriptions of personas with parametric, quantitative, data-oriented models of patterns of user behaviour for computer games.