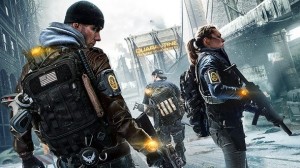 In a wide range of social networks, people’s behavior is influenced by social contagion: we do what our network does. Networks often feature particularly influential individuals, commonly called influencers. Existing work suggests that in-game social networks in online games are similar to real life social networks in many respects. However, we do not know whether there are in-game equivalents to influencers. In this paper, we therefore applied standard social network features used to identify influencers to the online multiplayer shooter Tom Clancy’s The Division. Results show that network features defined influencers had indeed an outsized impact on playtime and social play of players joining their in-game network.

Beyond the individual: Understanding social structures of an online player matchmaking website

Engagement and player experience in multi-player games is influenced by the people you play with. For that reason, grouping features and matchmaking facilities in games, as well as third-party services, have gained in popularity in the industry and player community as they assist in building and maintaining social relationships with like-minded players. Understanding how social connections are formed and how these relations can foster in-game activity offers insights for building and maintaining a player base and can, in turn, improve retention and engagement. This paper examines the social network formed by users of the the100.io – a social matchmaking website for the game Destiny. The service provides an opportunity to examine an online social network formed around a game combined with demographic and preference data. The paper explores the correlation of structural network properties with preference and game-related performance data, provides metrics useful for analyzing and understanding the structure of these kinds of player networks and showcases how community analysis and behavioral profiling can be applied to inform game developers about behavioral groupings in social player networks.

Inside the Group: Investigating Social Structures in Player Groups and Their Influence on Activity 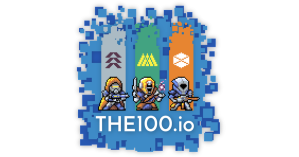 Social features, matchmaking, and grouping functions are key elements of online multi-player experiences. Understanding how social connections form in and around games and their relationship to in-game activity offers insights for building and maintaining player bases and for improving engagement and retention. This paper presents an analysis of the groups formed by users of the the100.io – a social matchmaking website for different commercial titles, including Destiny on which we focus in this paper. Groups formed on the100.io can be described across a range of social network related metrics. Also, the social network formed within a group is evaluated in combination with user-provided demographic and preference data. Archetypal analysis is used to classify groups into archetypes and a correlation analysis is presented covering the effect of group characteristics on in-game-activity. Finally, weekly activity profiles are described. Our results indicate that group size as well as the number of moderators within a group and their connectedness to other team members influences a group’s activity. We also identified four prototypical types of groups with different characteristics concerning composition, social cohesion, and activity.

In recent years, microblogging platforms have not only become an important communication channel for the game industry to generate and uphold audience interest but also a rich resource for gauging player opinion. In this paper we use data gathered from Twitter to examine which topics matter to players and to identify influential members of a game’s community. By triangulating in-game data with Twitter activity we explore how tweets can provide contextual information for understanding fluctuations in in-game activity. To facilitate analysis of the data we introduce a visual data exploration tool and use it to analyze tweets related to the game Destiny. In total, we collected over one million tweets from about 250,000 users over a 14-month period and gameplay data from roughly 3,500 players over a six-month period.

Destiny is a hybrid online shooter sharing features with Massively Multi-Player Online Games and first-person shooters and is the to date the most expensive digital game produced. It has attracted millions of players to compete or collaborate within a persistent online environment. In multiplayer online games, the interaction between the players and the social community that forms in persistent games forms a crucial element in retaining and entertaining players. Social networks in games have thus been a focus of research, but the relationships between player behavior, performance, engagement and the networks forming as a result of interactions, are not well understood. In this paper, a large-scale study of social networks in hybrid online games/shooters is presented. In a network of over 3 million players, the connections formed via direct competitive play are explored and analyzed to answer five main research question focusing on the patterns of players who play with the same people and those who play with random groups, and how differences in this behavior influence performance and engagement metrics. Results show that players with stronger social relationships have a higher performance based on win/loss ratio and kill/death ratio, as well as a tendency to play more and longer.

Game jamming is a valuable tool and process to connect game developers from a range of disciplines such as art, programming, audio engineering, or story-telling. The Global Game Jam® (GGJ) thus fundamentally supports the process of connecting people, and forms a basis for studying teamwork formation and -mechanics. It is an annual event, where participants (jammers) meet on physical locations to develop games together within a short time-span of 48 hours. People with similar interest but diferent skill-sets have the chance to meet and collaborate to create prototypes of games together, whether digital or analog. In this explorative study, data from the GGJ website across four years of game jams and their participants are analyzed, towards investigating group interaction and group forming behavior. The focus is on using social network analysis and social metrics to evaluate the inluence of a) jammer skillset and b) jam locations, on social and communicative structures among game jammers in the GGJ environment. The indings suggest that diferent skill-sets support diferent forms of social structures and also setups in countries refer to diferent group sizes and diferent social structures.

Tweeting your Destiny: Profiling Users in the Twitter Landscape around an Online Game

Social media has become a major communication channel for communities centered around video games. Consequently, social media offers a rich data source to study online communities and the discussions evolving around games. Towards this end, in this paper, we explore a large-scale dataset consisting of over 1 million tweets related to the online multiplayer shooter Destiny and spanning a time period of about 14 months using unsupervised clustering and topic modelling. Furthermore, we correlate Twitter activity of over 3,000 players with their playtime. Our results contribute to the understanding of online player communities by identifying distinct player groups with respect to their Twitter characteristics, describing subgroups within the Destiny community, and uncovering broad topics of community interest.