How Players Lose Interest in Playing a Game: An Empirical Study Based on Distributions of Total Playing Time

An important problem in game analytics is to characterize how player engagement evolves over time. Reliable models allow for assessing the long-term success of game products and can provide estimates of how long players may be expected to keep actively playing a game. We introduce methods from random process theory into game data mining in order to draw inferences about player engagement. In this paper, we ﬁnd that the Weibull distribution gives a good account of the statistics of total playing times. This implies that an average player’s interest in playing one of the games considered evolves according to a non-homogeneous Poisson process. Therefore, given data on the initial playtime behavior of the players of a game, it becomes possible to predict when they stop playing.

The emerging field of game user research (GUR) investigates interaction between players and games and the surrounding context of play. Game user researchers have explored methods from, for example, human-computer interaction, psychology, interaction design, media studies, and the social sciences. They have extended and modified these methods for different types of digital games, such as social games, casual games, and serious games. This article focuses on quantitative analytics of in-game behavioral user data and its emergent use by the GUR community. The article outlines open problems emerging from several GUR workshops. In addition, a case study of a current collaboration between researchers and a game company demonstrates game analytics’ use and benefits. 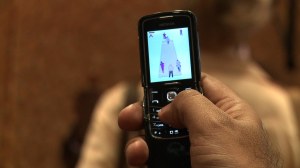 There are numerous widely disseminated beliefs in the rapidly growing domain of Mobile Game Analytics, notably within the context of the Free-to-Play model. However, the field remains in its infancy, as there is limited conclusive empirical knowledge available across industry and academia, to provide evidence for these beliefs. Additionally, the current knowledge base is highly fragmented. For Mobile Game Analytics to mature, empirical frameworks are needed. In this paper the concept of stylized facts is presented as a means to develop an initial framework for a common understanding of key hypotheses and concepts in the field, as well as organizing the available empirical knowledge. A focus on stylized facts research will not only facilitate communication but also, more importantly, improve the quality and actionability of insights. Unified terminology and a comprehensive collection of stylized facts can be the building blocks for a conceptually well-founded understanding of mobile gaming. 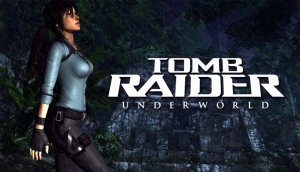 An important aspect of the production of digital games is user oriented testing. A central problem facing practitioners is however the increasing complexity of user-game interaction in modern games, which places challenges on the evaluation of interaction using traditional user-oriented approaches. Gameplay metrics are instrumentation data which detail user behavior within the virtual environment of digital games, forming accurate and detailed datasets about user behavior that supplement existing user-testing methods such as playtesting and usability testing. In this paper existing work on gameplay metrics is reviewed, and spatial analysis of gameplay metrics introduced as a new approach in the toolbox of user-experience testing and –research. Furthermore, Geographic Information Systems (GIS) are introduced as a tool for performing spatial analysis. A case study is presented with Tomb Raider: Underworld, showcasing the merger of GIS with gameplay metrics analysis and its application to game testing and –design.

Naming Virtual Identities: Patterns and Inspirations for Character Names in World of Warcraft 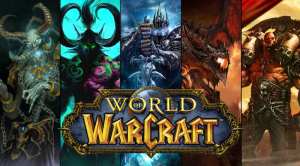 People are increasingly interacting via online services – from forums, online communities, social networks and online computer games. While there has been considerable research on the motivations and communication of people online, as well as the social environment provided by online services, large-scale analyses of the virtual identities people use online are rare. In this paper, the first large-scale analysis of virtual identities in the massively multi-player online game World of Warcraft is presented based on a dataset of nearly eight million avatar names and associated information. The results presented highlight the inventiveness of the names the users of World of Warcraft express in terms of naming their virtual identities, and the varied nature of the sources of inspiration for these names, which range from mythology, literature, popular culture, real-world names and others. The results also indicate that how players name their characters is influenced by the aesthetics and game function of the characters. The server type also appears to have an impact on player naming strategies, with role-playing servers forming a distinct cluster from Player-vs-Player type servers. Additionally, the analysis presented reveals that character name frequencies follow, similar to real-world names, a power law distribution.

User-behaviour analysis has only recently been adapted to the context of the virtual world domain and remains limited in its application. Behaviour analysis is based on instrumentation data, automated, detailed, quantitative information about user behaviour within the virtual environment (VE) of digital games. A key advantage of the method in comparison with existing user-research methods, such as usability- and playability-testing is that it permits very large sample sizes. Furthermore, games are in the vast majority of cases based on spatial, VEs within which the players operate and through which they experience the games. Therefore, spatial behaviour analyses are useful to game research and design. In this paper, spatial analysis methods are introduced and arguments posed for their use in user-behaviour analysis. Case studies involving data from thousands of players are used to exemplify the application of instrumentation data to the analysis of spatial patterns of user behaviour.

The in-game economies of massively multi-player online games (MMOGs) are complex systems that have to be carefully designed and managed. This paper presents the results of an analysis of auction house data from the MMOG Glitch, across a 14 month time period. The data comprise almost 3 million data points, over 20,000 unique players and more than 650 products. Furthermore, an interactive visualization, based on Sankey flow diagrams, is presented which shows the proportion of the different clusters across each time bin, as well as the flow of players between clusters. The diagram allows evaluation of migration of players between clusters as a function of time, as well as churn analysis. The presented work provides a template analysis and visualization model for progression-based or temporal-based analysis of player behavior broadly applicable to games.

Patterns in the distribution of digital games via BitTorrent

The distribution of illegal copies of computer games via digital networks forms the centre in one of the most heated debates in the international games environment, but there is minimal objective information available. In this paper, the results of a large-scale, open-method analysis of the distribution of computer games via BitTorrent peer-to-peer file-sharing protocol is presented. 173 games were included, tracked over a period of three months from 2010 to 2011. A total of 12.6 million unique peers were identified across over 200 countries. Analysis indicates that the distribution of illegal copies of games follows distinct pattern, e.g., that a few game titles drive the traffic – the 10 most accessed games encompassed 42.7% of the number of peers tracked. The traffic is geographically localised – 20 countries encompassed 76.7% of the total. Geographic patterns in the distribution of BitTorrent peers are presented, as well as time–frequency distributions of torrents, and additional results.

My Tweets
Join 1,068 other followers