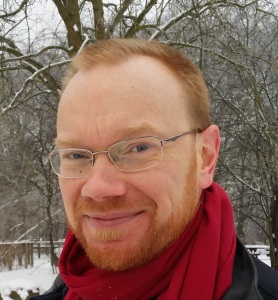 ‘No single innovation has an impact on its own, rather it is the emergence of an ecosystem of technological breakthroughs combined with business models’

I am a Professor at the DC Labs, University of York (UK), as well as Lead Analyst for Weavr and affiliated with various universities. I work with various forms of data from games and other user-facing applications in order to improve design, development, user experience and business processes in the Creative Industries and beyond. On this website you will find examples of my research, design- and development work, a personal blog, links to a great number of projects and information for companies seeking consulting or scientific partners as well information for students and academic colleagues.

In brief, my research and consulting work centres on the analysis of user behaviour in – and around – games and other interactive digital products, mainly within the domain of the Creative Industries and how data can be used to inform design and business. The reason I work with interactive digital experiences like games and esports is simple: They provide unprecedented access to incredibly detailed measures of behaviour. Using logging technology, it is possible to capture the second-by-second interaction between user and game. This kind of precision is not possible in the real world, and provides incredible opportunities to study human behaviour and how it can be affected – whether for the purposes of improving the user experience, optimizing design, facilitating learning, or monetization. One of the central challenges in this endeavour is the massive scale these kinds of behavioural data can reach and the high degree of complexity. Imagine working with data describing thousands of actions across hundreds of variables from millions of players. Now imagine adding contextual data – demographics, UI, UX, video capture, physiological data, personality information, geographic information and much more … deriving actionable insights from such datasets requires not only analytical skills but also a deep understanding of a passion for games. I fundamentally form part of an international community of analysts in the private and academic sectors who try to derive meaning from user behaviour in games and their context, in order to inform design and development.

Anders Drachen, PhD, (born 1976) is Professor at the Department of Computer Science, University of York. He is co-director of the Digital Creativity Labs, a UK Digital Economy Hub and World Centre for Excellence, which connects 100+ partners in delivering impact-driven research in games, interactive media and the rich space in which they converge. He also Lead Industry Liaison of the Intelligent Games and Game Intelligence Centre for Doctoral Training. He is the Lead Analyst of the UKRI Audience of the Future Demonstrator Weavr. which is building new data-driven audience experiences across esports and sports. He is also the manager of the Arena Research Cluster, an international research network focused on innovation in esports and sports.

He is recognized as one of the world’s most influential people in business intelligence in the Creative industries, and a core innovator in the domain with 140+ publications across game analytics and games user research. His work has assisted major international game publishers, as well as SMEs, make better decisions based on their data. As an interdisciplinary, veteran data scientist, his work has reached across user behaviour, user experience, business intelligence, big data, machine learning, information systems, human-computer interaction, digital business transformation, data visualisation, audience interaction, design, psychology and health.

He is editor/author of three field-defining books in the Creative Industries domain: Game Analytics – Maximizing the Value of Player Data, which has seen over 175,000 downloads, Games User Research, a standard work of reference in the games industry, and the upcoming Game Data Science.

His research has been covered by international print and online media worldwide. Major national print and online news outlets such as Wired, New York Post and Forbes have covered his research which has attained global attention on multiple occasions. His research work has received four best paper awards and two honourable mentions at major conferences including the Eleventh Annual AAAI Conference on Artificial Intelligence and Interactive Digital Entertainment (AIIDE) in 2015 and the ACM CHI Conference on Human Factors in Computing Systems in 2019.

He has organized several international conferences and workshops and served on dozens of conference committees. He collaborates with international networks of colleagues in academia and industry and works with students worldwide on research projects. He is a strong proponent for work-integrated learning and an active partner for the Creative Industries in matchmaking students for internships and careers.

Having lived and worked on four different continents, Anders Drachen has had the mixed pleasure of fending off three shark attacks in Africa and Australia. He is also the youngest Dane in history to publish a cooking book – dedicated to ice cream.

For examples of publications, see the “Publications” section of this website.

All views expressed in this blog are strictly my own and do not necessarily represent the views of my employer.